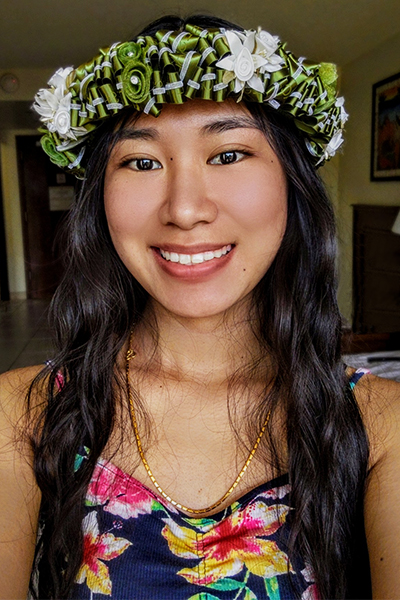 Lilly Jean Bautista arrived at Utah State University from her homeland of Saipan, Marianas Islands in 2016. An indigenous Chamorro, Lilly Jean comes from a culturally diverse background and speaks English, Chamorro, and Tagalog, and has recently been learning American Sign Language. She is the first person in her family to attend college.

On October 25, 2018, a category 5 typhoon called Yuta devastated the Northern Marianas and destroyed Lilly Jean’s home island entirely. Despite worrying about her family and friends during this time, Lilly Jean decided to continue to pursue her lifelong goal of becoming an elementary school teacher and stayed at USU. That semester, she was able to maintain a 4.0 while balancing 17 credits and working in the USU Registrar’s Office and received the School of Teacher Education & Leadership’s October 2018 Student of the Month award.

Despite the challenges she has faced, Lilly Jean maintains her professional goal of becoming a teacher. She is grateful to her island for helping her become who she is today and is eager to continue to learn and grow as she fulfills her role as an educator. 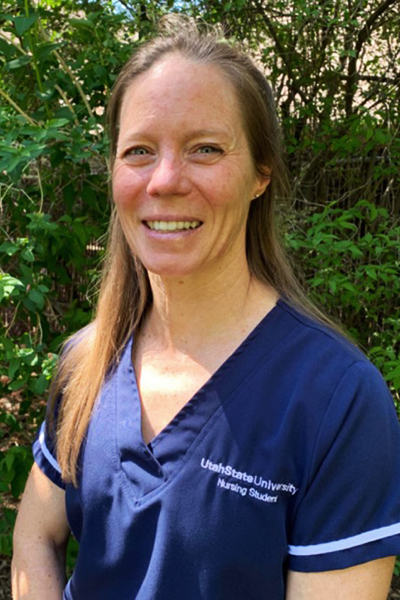 Katherine Zukor holds a BA in Biology and Math, a PhD in Neuroscience, and now a BS in Nursing. After college, she served in the Air Force, spending time in Alaska managing cargo missions. Near the end of her tour in Alaska, she was in a hiking accident that nearly left her paralyzed. The care and support she received from her health care team was life-changing, and Katherine decided to pursue a career in healthcare.

After her Air Force commitment, Katherine explored many different clinical fields: she was certified as an EMT, volunteered in an emergency room and a local fire department, worked as a patient care technician at a hospital, and then as a neuropsychometrist. At this time, she decided to pursue a PhD focusing on spinal cord and nerve injury research.

Ultimately, Katherine decided that what she wanted most was a direct connection with patients, so she chose to become a nursing student. Kat has much to offer her future patients with her life experience, compassion, and desire to help others regain health. 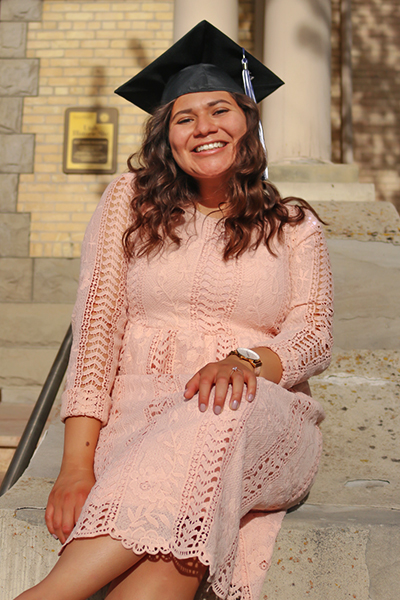 Alexa Black graduated this spring with a Bachelor's Degree in Psychology. As a first-generation college student, Alexa faced additional challenges as she began her higher education; she also struggled to feel at home as one of only two minorities in her house. After months of hard work and encouragement from her parents, however, she began to find her place at USU.

In fall 2018, as part of a research methods course taught by Dr. Kathryn Sperry, Alexa wrote a research paper exploring the relationship between gratitude and white fragility. Despite this being a controversial and little-studied topic, with Dr. Sperry’s encouragement, Alexa’s research bloomed into an extensive project that defined much of her academic career. Because of her hard work and dedication, Alexa was invited to present at a prestigious psychology conference in April.

Though the current health crisis prevented Alexa from presenting her research, she is excited to pursue it after graduation. She hopes to work in academia to help students discover a love of learning just as she has. 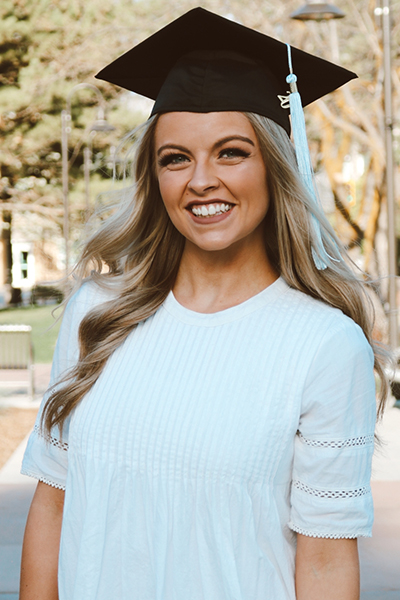 MaKady Hansen grew up in a small town called Inkom, Idaho. She knew she wanted to go to Utah State when she was a junior in high school, and it was the only school she applied to her senior year. MaKady started college with the goal of becoming a registered dietitian, but the summer after her freshman year she decided to change her major to human movement science with an emphasis in physical education and coaching.

MaKady loves health and wellness and wants to share that passion with everyone. The relationships she has gained while pursuing her degrees have been life-changing for her, and she is grateful for all of the opportunities she’s had and the knowledge she’s gained. Though she is sad to see this chapter close, she’s ready for what's in store.

MaKady is a certified Yoga instructor and coaches cheer. She will be starting her career as a teacher at Ridgeline High School in the fall. 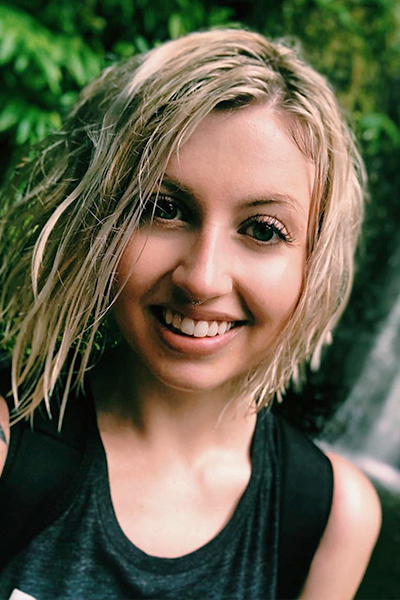 A self-proclaimed “language nerd,” Jessica Scalf completed her first Bachelor’s degree with a double major of Linguistics & French through Western Washington University. After several years, Jessica decided to go back to school to find a more fulfilling career path. Though she originally thought that the field of speech pathology wouldn’t be a good fit for her, upon returning to school Jessica learned that the profession was much broader than she’d previously realized.

Jessica’s love of language came from her own experience of overcoming shyness, anxiety, and panic disorder through writing. She felt that her life changed incredibly as she found her voice, and she is excited to help others find theirs.

Despite a myriad of personal trials during spring semester, Jessica will be graduating with a strong GPA. Her resilience and strength of character will continue to serve her well as she moves on to represent her department and program through her service.