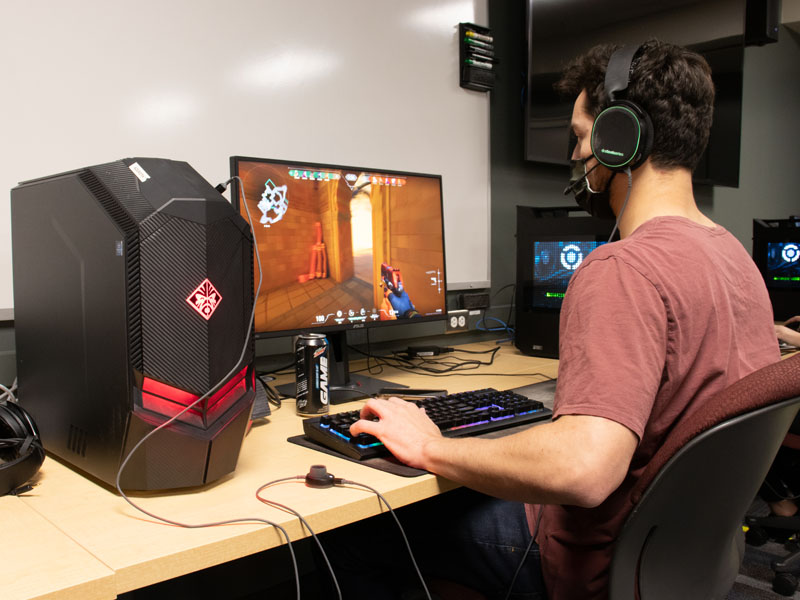 The department of Instructional Technology and Learning Sciences is a proud supporter of USU Esports, providing them with technology, gaming machines, scholarly expertise in gaming, and games-related academic curriculum customized to the needs and interests of both esports athletes and casual gamers.

Esports is the sport of competitive video gaming, often in the form of organized competitions between individuals and teams. It is one of the fastest growing industries in today’s market, having grown exponentially within the past few years, and is it expected to continue to grow at an accelerated rate as new games and new gaming technology continue to become available.

In many ways, Esports is comparable to other competitive sports. Professional Esports players can be recruited, sign contracts, and receive coaching. Similar to other sports, esports athletes can compete in tournaments with the chance to win from prize pools that often exceed one million dollars.

The USU Esports Club is similar to the university's other intramural sports. At the beginning of the semester, students compete against one another at tryouts, after which they are distributed into varsity and junior varsity teams. The club’s teams meet together several times each week to practice and prepare for various collegiate and other tournaments.

The Esports community at Utah State is continually growing and several of the teams are recognized nationally. In 2019, the USU Rocket League team ranked 8th in the nation, and this year, the Hearthstone team is ranked in the top 32 in their league. Additionally, the Valorant team coach is in the 98th percentile of all Valorant players worldwide.

Jonathan Landeros, captain of the CSGO team, explained that the competitive world of esports provides different opportunities compared to casual gaming. “I love the thrill and adrenaline that the competitive environment provides,” he said. “I also love the aspect of working on a team. I have gotten to know my teammates really well and we all have a good time together.”

The sense of community available through gaming has been valuable to many members of the esports club, especially in light of the challenges posed by the COVID-19 pandemic. Club president Daelynn Hunter said, “My goal this year is to give students an opportunity to meet other people with similar interests. Especially with COVID, gaming has been a great support for my social life, and having local players to play with feels more real than playing alone. I feel like the club really expands that opportunity to students across campus, and I hope to see that continue to flourish.”