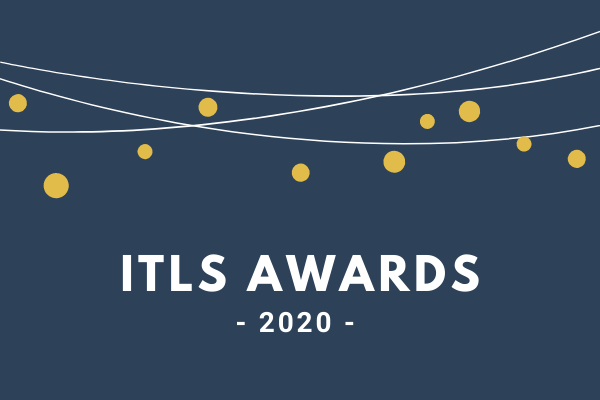 Undergraduate Teaching Fellow (UTF) Award: Chase Mortensen. As UTF in Digital Making & Learning, Chase, a Computer Science major, has a unique ability to make concrete and tangible extremely abstract computational and technical ideas to novices. His peers consistently recognize his willingness to go above and beyond in offering support throughout their in-depth design projects.

Undergraduate Student Researcher of the Year Award: Cedric Mannie. Over the last three and a half years, Cedric, a Computer Engineering major, has worked on several federally and internally funded projects with multiple faculty in ITLS, which have resulted in several peer-reviewed publication and presentation outputs. He is also carrying out his own independent research teaching Native students on campus how to build simple heart rate monitors.

Undergraduate Student Researcher of the Year Award: McKay Colleni. McKay, a Mechanical Engineering major, serves as undergraduate researcher in the Learn Explore Design (LED) lab and as lead research assistant on an internally funded project with Drs. Litts and Tehee. He is recognized as “a huge asset” who is “detailed and organized in his work.” He has co-authored conference presentations and publications with his peers in the LED Lab.

Scholar of the Year Award: Kameica Yazzie. Kameica is a Health Education and Promotion major, former Miss Native American USU (2019-20), and has served as research assistant for multiple ITLS faculty. Her independent research at the intersection of community health education and new technologies embodies the high caliber community-focused research and service that we hope all of our undergraduates accomplish.

Graduate Student Teacher of the Year Award:  Katarina Pantic. Katarina recently defended her dissertation on why women persist in Computer Science. She will be starting a tenure track faculty position at Weber State in July where she will continue her role as a dedicated and respected teacher.

Legacy of Utah State Award: Marta Halaczkiewicz. Marta is both a doctoral student in ITLS and a senior lecturer with the Intensive English Language Institute (IELI) program. While persevering through several personal challenges, she has devoted much energy to ITLS as a department through her social support to students, presence at and promotion of department events, and most recently as the student representative on a faculty search committee.

Faculty Researcher of the Year Award: Jody Clarke Midura. Jody’s research on broadening participation in computing is already having a direct effect locally, with national and international implications for theory and research as she works to open up computing to a greater breadth of students. Her substantial grantwork has supported rigorous research, publications, and student mentorship in ITLS.

Graduate Faculty Mentor of the Year Award: Jina Kang. Jina’s students recognize the inspiration and dedication that Jina brings to her research mentorship. As a junior faculty member in ITLS, Jina is already making an impact on students’ research and career development.

Faculty Teacher of the Year Award: Deborah Fields. When not flying through the air during trapeze lessons or sewing with electricity, Debbie Fields is a dedicated teacher and scholar. Students consistently report that her Sociocultural Learning class is one of the most impactful courses in the department.

Lifetime Achievement Award: Mimi Recker. When not skiing in the backcountry or biking the trails, Mimi is an accomplished leader at the local, regional, and national level. Mimi has secured millions of federal research dollars to support her innovative work in computer science education, technology, and the internet. She has a strong reputation of mentorship for both students and faculty, especially junior faculty.  She won the USU Graduate Faculty Mentor award in 2013, a demonstration of her dedication to ITLS and USU graduate students, and consistently supports doctoral students internationally through her work as a mentor with ICLS and other organizations. Over the years, she has served as a faculty member, department head, tenure chair, and committee chair. In addition to serving as department head, she has also served in distinct leadership positions in the Cache Valley community and beyond.

Outstanding Staff of the Year Award: Deidri Nelson. Deidri is the key connector and knowledge holder of all things ITLS. She makes herself available to students and faculty alike, directing them to answers, resources, and people. She is always seeking to problem solve and supports everyone who comes to her with a question – and it happens frequently!

Alumni of the Year Award: Jeremy Merrill, Class of 2019 (M.A.). Jeremy consistently returns to the ITLS department to share his experiences with students. He has presented his work at multiple brown bag events in our department, supported internships for recent grads, and is a great advocate for our program.